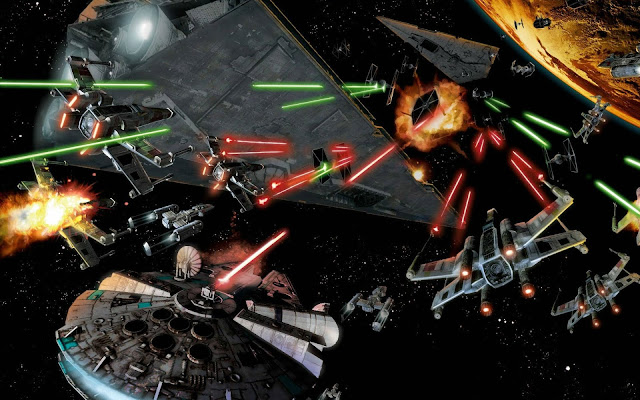 One of the only advantages of slowly becoming an old fart is the advantage of hindsight. As someone whose been playing competitive tabletop games for over 20 years I’ve got a fair bit of that and it’s a big part of the reason why I love Armada so much.

You see to me a quality competitive environment is really defined by 2 things. The first is absolutely that you want a tight rules set. Nothing worse than a system with obscure rules or endless issues with LOS and movement. With Armada’s custom movement tools and some really intuitive LOS systems I could count on one hand how many times I’ve needed a TO for help but I’d have to take my shoes off to tell you how many comps I went in just last year.
The second factor, arguably more important is that when I turn up to a weekend worth of games what I really want to see is some variety in the lists. This harkens all the way back to 3rd edition 40k which I really enjoyed except for the fact that at any given event I would inevitably find that ¾ of the players were running marines… If you wanted to include Chaos marines and Necrons it was more like 80% of everyone was running around with a 3+ save and a bolt gun (or equivalent), while it was still fun killing the same lists over and again the novelty does wear off.
In the age of netlisting that we live now its ever more difficult to ensure the balance of unit options essential to getting a varied meta. We see it time and again in X-wing where a solid build appears and dominates for a while before FFG errata’s it into oblivion. Imperial assault seems to fall into the same trap time and again where it really only takes a month or so after a wave is released before  people have worked out the latest awesomeness which replaces the previous awesomeness… Anyone who follows IA will be overly familiar with the 4x2 which copped the nerf stick, followed by the Imperial trooper spam which went the same way, then it was scum hunters for a year where if it wasn’t double Weequay it was IG and probably some Weequays…  Currently the trending podium finishers are basically some combination of Emperor/Darth/E-Jets/1-2 officers and an ATDP to flavour… Its fun for a while but I must admit the last regionals where every game I played was against Vader/Palp/Jets/Officers + one extra something left me feeling a bit lacklustre about the game.
This brings me to why I feel Armada is just brilliant. See I’ve been following the regionals data as it is collected and published by the amazingly engaged Armada community and the proof really is in the product. Don’t take my word for it just check out what I’ve collected below, it won’t take you long to work out what I’ve noticed:

1st place in the NJ regional goes to y-wings – 4 Activation Bomber Horde led by Garm Bel Ibis, not a list I could imagine doing well with but here it is…

Next up we have  3 activation ISD led Imps clearly using the Wave 7 tricks and a full toolbox of tricks.

At Liverpool we have a Darth led double ISD build with 2 activations and a huge bid for first place. All of these events took place over the span of only a few weeks in different parts of the world. Can you see the awesome variety I’m talking about yet? Armada might only have 2 sides but far from stifling variety I’d argue that it makes it much easier for the designers to balance the options available.

Squadrons:
• Ciena Ree (17)
• Lambda Shuttle (15)
= 32 Points
Total Points: 379
Next it’s Sloan with a build focussing on high activations and squadron advantage rather than worrying about going first at all costs like the some of the previous builds.

And another double ISD Darth build but this time there’s huge investment in those ISDs and no real attempt to include squadrons at all. It’s so cool in the current wave seeing so many big ships going around.

Another really unusual build and one that I’ve never considered. Who would have thought that a horde of Z-95s and Pelta of all things would take out a regionals but there it is.

Squadrons? Who needs squadrons when you’ve got the fattest of fat triangles, interestingly though this guy missed the memo about how good Wave 7 stuff is, using almost entirely old tech to take out his regionals.

Dodonna strikes again, this time it’s a 4 activation build with a good ol wave 2 space whale in the middle.

And again with Dodonna, clearly the cheapest commander in the game must be broken AF! With no bid for first and some clear objective synergy with the strategic ships you can see the flexibility of this build.

Back to imperials, 4 activations, huge bid for first and so many black dice it’s crazy…


Now I know most people will look at this one and go he’s done well because of the squadrons… but hell, anyone who can win a regionals with an interdictor as their flagship has my vote no matter what they back it up with. Literally thought I would never see the day. It was a 5 game regional with a top cut too if anyone wants to think it was a fluke…


Come to think of it the only thing they haven’t managed to fix is the victory, the good ol space brick isn’t represented anywhere here… Many who read my previous opinions on it decried my hate for the Vic offering overwhelming piles of anecdotal and ‘in a vacuum ‘examples to support their positions claiming that the Vic is still great. I put it to you that even Trump himself couldn’t make the Vic great again, it’s about as useful as a hat full of assholes.
Posted by Unknown at 23:58:00