Meta in Australia has been an ever changing feast. With a small but committed competitive community everyone knows everyone so what you ran last month for pure awesomeness will be countered by next month when you end up going up against the same crew. The result has been some huge shifts in Meta build, just consider this:

Then of course we pause for another of those all to familiar grand canyons of dead air from FFG between waves… I think this is the biggest problem with our game, I don’t even care if its one major release a year but get some more content on the web dammit, bat reps, competitions, something! In Australia our regionals season is running now, but realistically they will all be current wave which is the same as our nats so I’m not expecting huge amounts of innovation here. In simplest terms I’d summarise our meta currently in these broad terms –

For Rebels it’s all about attrition fleets – By this I mean lots of small clumps of damage coming from multiple sources, could be whales, almost guaranteed to include a Yavaris Nebulon, sometimes it’s Akbar MC80s, sometimes It’s about corvettes. Sometimes more squadrons, sometimes less but almost never a big bid. There’s lots of variety in the fleets but they all tend to play the same way, bits of damage building up to big damage over 6 turns.

By contrast Imperials are all about the Death Star – It started with a Demolisher Triple tap years ago and it’s now more commonly headed by an ISD1 Avenger combo but the basic principle is the same. Higher activations, higher bids, maybe squadrons, maybe not but ultimately designed to get a huge burst of damage onto a given target and blow it to hell in one impressive blast. None of the patience so common amongst rebel builds. At the 2017 nats for example consider that 1st in the swiss was 6 activation demolisher with a 20(ish) point bid… and in the 5th round it was outbid by a 4 activation Avenger ISD who had a 20+ point bid… There were at least 2 other imperials running either Demolisher or Avenger who also had huge bids. 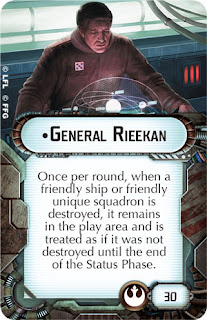 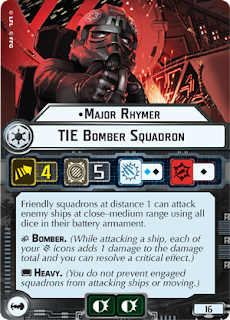 So what happened to these two guys?

The recent FAQ and clear use of the nerf bat by FFG had two significant impacts on the Aus Meta, we almost never see Reikan anymore nor do we ever seem to see Major Rhymer. Now while neither of these were a great loss to us it does seem to make us quite unique compared to many other sites. To us the big hitting Imperial lists are the obvious counter to the attrition based Reikan lists and visa versa. Competitive builds here either have lots of squadrons or a clear plan on how to deal with lots of squadrons and you really wouldn’t expect to get far with less than 4 activations. The flotilla rage so common on the internet here has been met with a healthy dose of flotilla acceptance and we tend to just shove 2 in by default at a minimum. One of the most interesting lists from Nats contained 8 activations including and Avenger ISD, 1-2 raiders and the rest made up of red dice toting Gozanti’s led by Vader, and it did very well overall.

Fast forward to this year’s regionals 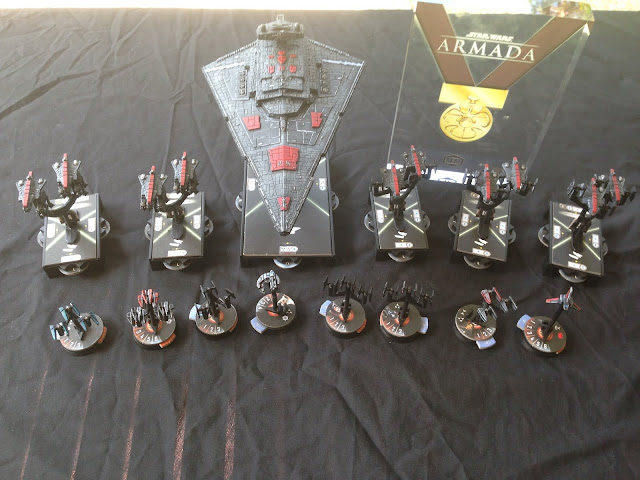 A few notes on my list - For anyone seeking to use the list I ran here’s a few thoughts – The ISD is big enough to take on anything smaller than a similar ISD. So basically if the enemy is cheaper than you, you can kill it. The big activations are more of a defensive measure than anything else, to help prevent getting alpha struck yourself. There is an interesting argument though to drop one goz and go for a stupendous bid… About 1/3 of the bids at this week's regionals were over 10 points with the highest being 25pts. The squadron ball is also really good when using Sloan, if you’re running a different commander you can make a better ball. It hits enemy squads hard but you do need to be careful and it can be tricky dropping it in piecemeal via relay. In one of the games I fought another local player using the identical squadron ball but by the end of turn 3 he had zero squads left and I lost 2 aces overall, timing is everything, engage at the wrong time and you will dissolve. 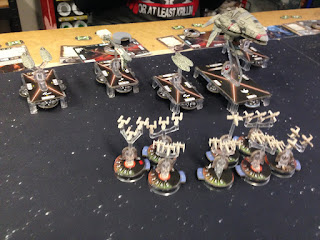 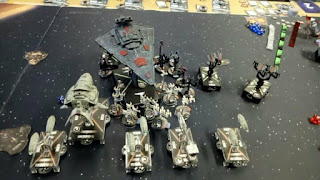 Taking on the Reikan deathblob in the final round

In the end some solid wins saw imperials taking home the trophy with two rebels completing the podium. Some of the other highlights were a double whale + 12 y-wing horde, a double MC30 build that took second and even someone bravely taking a Reikan Aceholes list (which is really quite a novelty downunder). 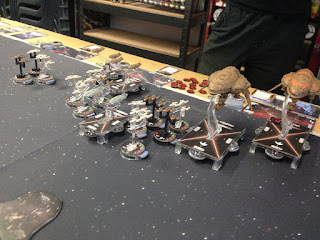 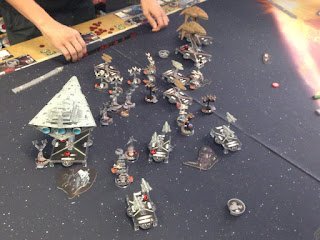 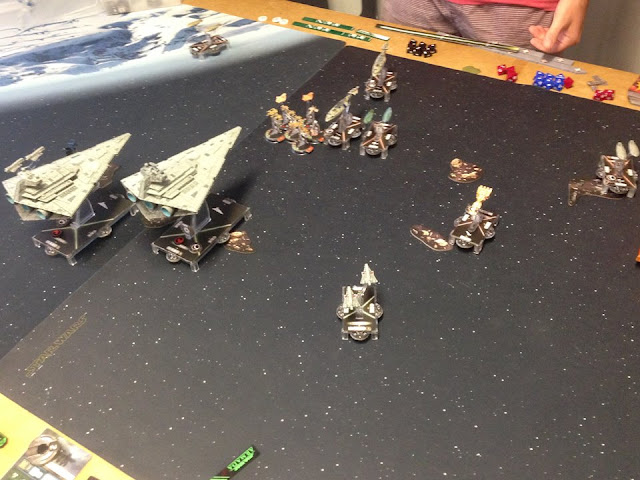 Time for some cool new toys!
But of course this meta is about to get turned on its head with some cool new stuff coming. While I’m still expecting some awesome new upgrades that will no doubt shake things up more I’m already thinking there will be some interesting new builds, these are just a few of my early thoughts, no doubt there are many others floating around and I fully expect that some of these will flop badly when I actually put them on the table…

You know there are still some out there who disparage our game, they think of it only as the poor cousin of mighty X-Wing. I feel sorry for those players. Our game has a much steeper learning curve and is easy to give up on as a new player without a supportive crew. It takes a hefty investment of time to master the complexities of movement and activation order but for those of us who persist it offers a deep and strategic interplay of really amazing mechanics. For me it has one of the most balanced and interesting metas of any system (something increasingly challenging in an online netlist age) and has just gone from strength to strength since the Corellian Campaign set. We lost so many potential players in the beginning thanks to some appalling delays with early wave releases and I watched entire communities just disappear but if you’ve taken the time to read this maybe its time to get some more games on the table and see if you can’t drag some of those fence sitters back in. At least we can count on a stable and developing meta which won’t be flipped on its head every 6 months by a new radical errata!
Posted by Unknown at 15:41:00