State of the Meta - Wave 7 Edition

Below is my attempt to give a summary and guide to help less experienced players make some good decisions when assembling fleets. As always you need to remember these opinions are just mine and there are plenty who would take different positions. Similarly these perspectives are heavily influenced by the Australian meta which may be very different to your own. Perhaps you can take some ideas to help mix up your own local meta or maybe they won't be compatible at all, take what you like and feel free to offer your own ideas below!

(edit) since writing this the last of the Wave 7 gear has been spoilt but interestingly I don't think it changes my opinions much if anything it boosts big ships again and downplays squads to a certain extent, all good things. 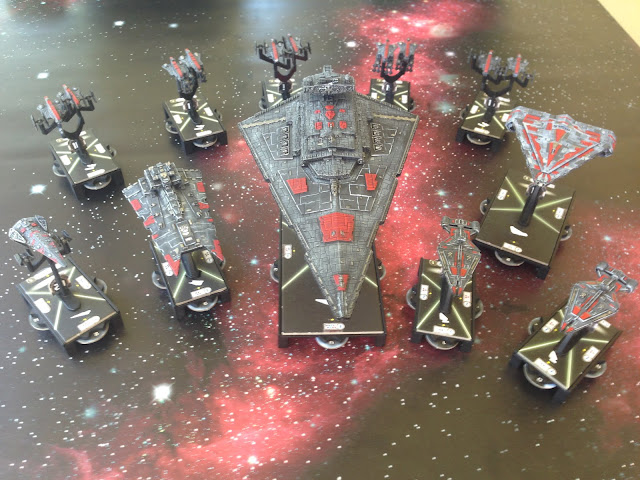 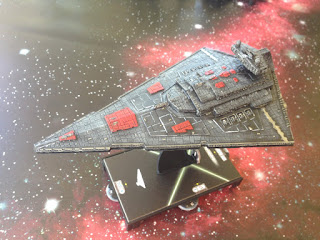 Let’s start with the big fella himself. imperial star destroyers in my mind are hands down the best thing in the game right now. Yep, no grey area, just amazing. It wasn’t always so but with the upgrades from recent waves you’ve got boarding troopers avenger which has the highest damage output going and you’ve always had amazing options to make these guys supercarriers, gunnery team monsters or just whatever else you like. There is still a real debate between loading them up like a Christmas tree with every upgrade possible which leads to them being 170+ points or keeping them lean like the one I took to regionals recently which only had about 10points of upgrades plus Sloan. I don’t think there’s any magic answer to that question, more a case of personal preference. If you load it up it will be able to kill anything else in the game but if you lose it.. ouch...

The new ones coming just make the ISD even more appealing. A huge long-range red dice checker just begging for Darth Vader to command it or a torpedo variant that does everything the BT avenger does but with more flexibility in upgrade slot. I think the only reason we would see the old ISD 1 after this wave is out is if you are super keen for a carrier so the squadron value means a heap to you.

Victory Star Destroyer
In my mind the most ironically named ship in the game, running one of these flying death traps will not help you achieve anything resembling a victory. Let’s face it, this guy was king of the tables right up until the release of wave 1 where it was quickly knocked off my the Gladiator and hasn’t ever really been able to regain its spot. Some people try and use it still and a few new upgrades have made it a possibly more interesting option but whether you want a gunboat or a carrier there are just straight up better options. For the points difference, I’d be taking an ISD any day of the week. 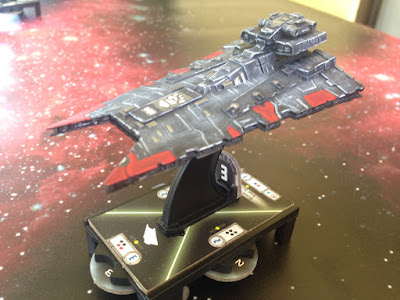 Another solid choice for the Imperials, Demolisher being the obvious choice here and the titles really do impact the value of the ship. Demo used to be an easy 5/5 but after the engine tech nerf it would drop to 4/5 in my books, still great but trickier to use. Insidious sits around the same spot as an untitled glad at 3/5. The biggest problem with Glad’s these days is that with the rise in prevalence of big ships even going last/first and doing a triple hit with Demolisher probably won’t kill off the enemies big threat. Squadrons are so powerful now too that Demolisher can easily end up out of position by diving past the enemy’s front line where it becomes super vulnerable to enemy squads whilst being beyond your own protection. I still love my Gladiators but I’d still stick to an ISD for the time being if I was only going to have a fleet with one big hitter, as soon as I decide for 2 this one is my next go to.

Raider Class Corvette
Definitely one of the ships that has bounced around in value depending on its upgrades. These days I think a nice cheap Raider 1 with ordnance experts and external racks (or possible flechettes) makes for an excellent backup threat to whatever your big hitter is going to be. The biggest problem with using them is just how quickly they will die to attrition damage from bombers or general shooters, a lack of redirect really hurts these guys. My best use for them is to hold it back at speed 2 with a token and manoeuvre order ready to jump up to speed 4 and do a big hit on something important in the second half of the game. Timing is everything because usually after that it becomes so beat up that it’s time to run away. The flechette variant can be a great place to gather your squadrons as a safe launching point too, not many people are going to be willing to engage your squadrons inside that bubble. 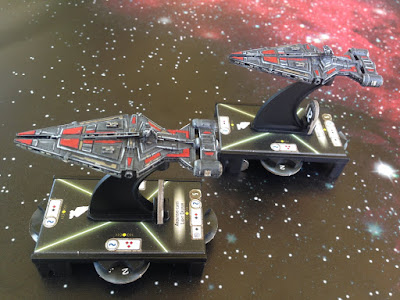 Good little all-rounder ship, bringing in something unique to imperials through long-range broadside shooting. Some cheap upgrades like dual turbolasers and reinforced blast doors mean you can easily fit a couple of these into a list if this sort of build is what you are looking for. They do have some major drawbacks that you would need to plan for if you want to get the most out of these guys, the first being their appalling nav chart, but that is why they combo so well with Jerrijod as your admiral. The other big issue is how susceptible they are to big burst damage like Gladiators or MC30s. The trick is really to sit in that mid to long range bracket where you can maximise your damage output without much risk. 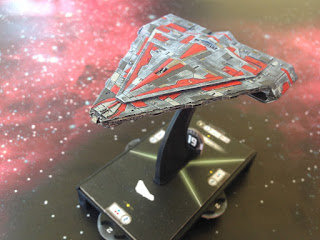 On paper this is such a nice ship, great price point, able to do amazingly big hits with squadron combos and if you go the pricey option even a red dice flak that combos so well with Agent Kallus. On the table through it just doesn’t translate as well. It’s limited guns mean that very little is scared of getting close to this guy and it’s defence tokens are woeful. Titles like stronghold are great for the squadrons but require you to expose the ship to risk it can’t handle which makes it really counter-intuitive. Ultimately It’s a good little ship but the Imperials really don’t’ need it. They have the best relay options in the game if you want to use Gozanti’s as your squadron pushers and the ISD is a much better squadron platform if you want to go for expanded hangers/flight controllers etc.

Interdictor
Interestingly this remains the only Imperial ship that I’ve never bought or fielded. All of my experience has been against this guy and honestly, I’ve never regretted not buying one. Each of its unique upgrades offer interesting tactical possibilities but I’m yet to see any of them win games. Targeting scrambler will help your ships survive longer for example but the sheer expense of the interdictor in your fleet means the enemy can spend those points on far more effective killers than you will be able to have.

Gozanti Class Cruiser
Saving the best to last, these little gems have generated more internet rage than anything else in this game but I warn you to neglect them at your own risk. Imperials have incredibly good relay options for squadrons with either shuttle choice giving relay 2 linking perfectly with a Gozanti. The result being that you can run your Gozantis safe from the enemy guns using the full expanse of the table whilst they still have a valuable contribution. The abilities buff other ships through comms net or increase the reliability of your bombers through bomber command just makes these super versatile support ships amazing value. I consider two to be an absolute minimum in any fleet, the rest depends on how many activations you need and what value you can gain from more Gozantis. 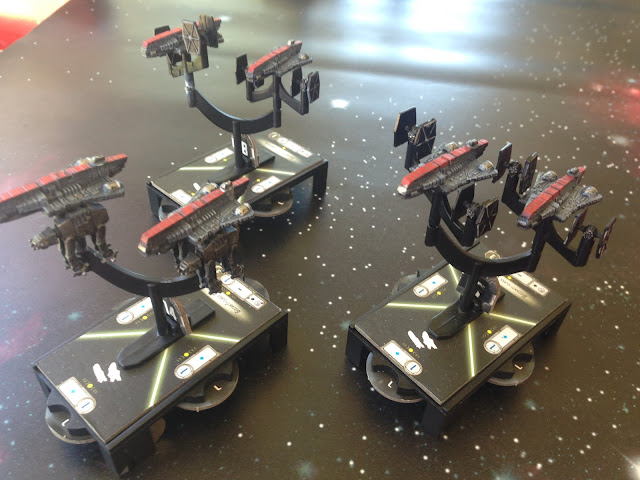 Also, expect to see a semi-regular series of sample lists and bat reps to highlight interesting and competitive builds. Armada has a steep learning curve for the new gamer so if we as a community can do more to make it accessible that's to everyone's benefit!