State of the game – Getting ready for Castle Assault 2016

State of the game – getting ready for Castle Assault 2016 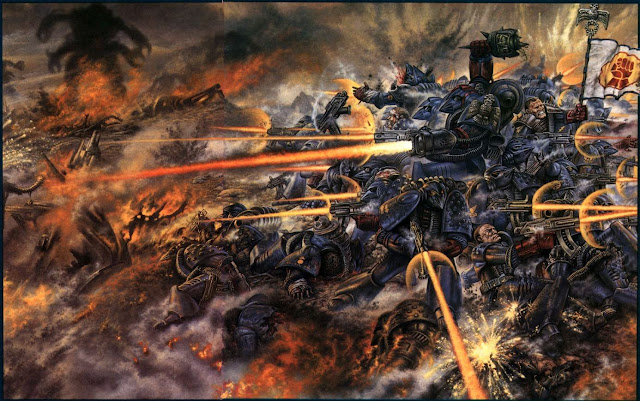 Last year’s Castle Assault event saw 22 players using 17 different races so it was a great spread and an awesome weekend (Details can be found here - http://goo.gl/jdn6ZJ). What was unique about last year’s event was the introduction of a composition system to address concerns about the relative power level of armies. You will no doubt see my thoughts coming through in the articles that I put together but in the simplest sense what we are exploring is the advantages that ‘top tier’ armies like Eldar and Imperial Guard have over some of the weaker armies like Orks. The composition system last year was a simple score /10 allocated by a panel of judges. Interestingly the scores ranged from 5-8 last year with UK style Tyranids getting the lowest result whilst Orks and a few variety of marines gained the highest. A quick look at the results would suggest that composition scoring didn’t make much of a difference last year, the top 3 were Tyranids/Emperors Children and Necrons and without comp scoring still would have been and in the same order.

Fast-forward to Cancon 2016 held in Canberra in January and an even bigger tournament than last year’s Castle Assault. This time is was 28 players using 16 races (full summary here http://epicau.com/wp/cancon-2016-wrap-up/) and because no one felt it achieved much no composition system. Traditionally Cancon has been decided purely by generalship, there’s enough games that if one player wins all of them he will essentially knock out his opposition and with a pretty standard win/loss/draw system there’s no real chance for someone to leapfrog due to margin of victory etc. Cancon this year was somewhat controversial with some seriously tough lists turning up to vie for the crown. The full set can be found here (http://goo.gl/fLBH7f) but the top 3 were Biel-Tan Eldar, Squats, Vraks and the followed by the recently approved Space Wolves. The controversial component came mostly from the Squats who essentially spammed piles of Overlord airships to maximise battle cannons and wipe entire contingents of enemies from the board. This led to much debate about the balance/use of developmental lists in tournaments without a balancing system of any sort. No doubt players skill is still a huge part of the equation with 2nd overall holding the bridesmaid spot 2 years in a row but in the interests of supporting and growing our tournament community the conversation regarding balance has continued.

So now we approach Castle Assault 2016, an absolute highlight on many Epic players tourney calendars and if the pattern continues it should shape up to be one of the biggest Epic events ever seen, not bad for a system that officially died over 15 years ago eh… For those who haven’t been a few key contextual points should be dropped in at this stage. First and most importantly CA is a wet event with an amazing vibe to it, anyone considering staging an event could learn from this idea. The winner each year is awarded a bottomless beer mug for the following year which is just an awesome idea. Secondly the pack is very different to Cancon (Found here http://goo.gl/gFyqDW) in that there is a distinct margin of victory component rather than the win/loss/draw tradition. This means that (although unlikely) it is possible for players to gain a podium spot without actually playing other guys on the podium already, especially with a big win in the last round. Last year I took along my Minervans and though I was really happy with my results overall my fat slow tank formations struggled to get those big VC victories that the winning Tyranids were so adept at. The second big difference is that this year’s Castle Assault is only allowing “Approved” armies (so no Squats…) after lots of discussion post Cancon.

The real question will be what sort of armies will dominate at this year’s event. Certainly the pack suggests that fast/aggressive assault armies who can pressure lots of objectives will be awesome, so Marines, Eldar, Necrons and even Orks could be in high supply. Whilst slower more grindy armies like Baran Siegemasters and AMTL will probably struggle. Given how generally terrible the currently approved NETEA Tau/Tyranid/Stigmatus and Dark Eldar armies are my feeling at this moment is that you would only turn up with them if you’re priority is drinking rather than gaming, you would need much to drown your sorrows. Part of the fun leading up to Australian events is also that lists are published a couple of weeks before the event so expect to see another post with some thoughts and predictions. I’m planning on having massive fun with Orks this year (since my Squats aren’t welcome after Cancon…) so you can also expect to see a full writeup on my journey with those on the weekend… well hopefully!
Posted by Unknown at 00:32:00