In the down season from Epic Armageddon I thought I'd take a few minutes to talk about another awesome game system that I'm obsessed with, there's always room in the cupboard for one more system right! With that in mind here's 5 reasons why you need more plastic crack in your life: 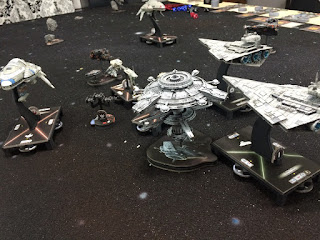 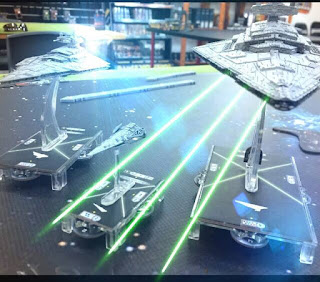 1) Deep strategic play - I’m someone who goes back decades with tabletop gaming, I’ve played an array of systems and recognise that every game is different. Some games a quick and tactical, knock out a game in less than an hour and move one, Armada is not that game. I was someone who loved 7th edition Fantasy because every game was determined by a solid movement mechanic, Armada is much more like that. In Armada there are advantages to going first and advantages to going second, there’s advantages to more activations and advantages to less. Turn order is determined as part of list design so there is no randomness involved. It comes down to this basic principle, you can invest heaps of points making your Imperial Star Destroyer akin to a Death Star but if your positioning is rubbish you’ll never get to fire those big ass cannons, these mechanics are why I love me some Armada.

2) Great variety in builds - I always worried that with only 2 sides the game would stagnate quickly because I came from a Warhammer universe background. What I’ve discovered instead is a wide variety of ships and squadrons with so many usable options that I’ve played at least 1-2 games a week and never felt that it was the same game. The missions help heaps with this too, they are essential to the way every match plays out as opposed to many systems where missions feel kind of tacked on.

3) Amazing game balance – FFG has done a brilliant job right from the start recognising issues with balance and taking steps to balance things out brilliantly. Mostly they do this with the new waves bringing out gear and ships to fill gaps but recently they hit us with an errata that solved pretty much any remaining issues in balance.

4) Amazing competitive circuit – Tournaments certainly aren’t for everyone but if you’re keen on the competitive side of things the Good Games stores and other local games stores run regular comps at all levels. There is at least one per quarter plus store champs, regional champs and national champs every year which cater to everyone’s needs. The best bit is that the entry fees are always cheap ($10-15 for the regular events) and you get freebies just for coming. 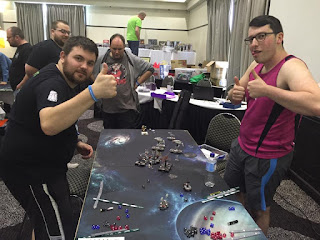 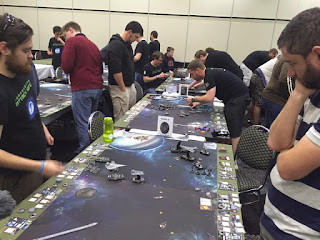 5) Solid price point for buy in – Some players have talked about being turned away from new games because of the expensive buy in, coming from a GW background I think many players have a warped idea of expensive! But not everyone is made of money so here’s a basic idea. Armada stuff comes in “waves” of new ships, the earlier waves are available from online shops much (Book depository/Amazon etc) much cheaper than in the stores while the more recent stuff is comparatively priced in either venue. A pretty comprehensive buy in price for an imperial admiral would look something like this (from Amazon AU$):

So all up you’re looking at around $300 including postage to get your hands on enough ships and squadrons to build something competitive and to give you a few different options to experiment with. Another $100 would get you everything else for imps that’s not on this list and you would spend about that again when they release a new wave 1-2 times a year. The only thing you would lack are certain upgrade cards that only exist in Rebel packs which is why ultimately most players end up playing both teams but for our purposes that starting price is realistic, you don’t need every single card just to play socially, proxy for a while until you decide whether you want to dive in or are just happy with the toe. There’s no hidden costs like terrain and tables etc because that’s all covered by the core set.

And one bonus reason: It’s Star Wars – I mean we all love our GW created universes no doubt but there’s something so incredibly satisfying when you blow up the big fat ship at the centre of the enemy’s fleet. Sometimes it doesn’t happen and some games are all about the little explosions on the periphery but damn its good when a plan comes together…. Just saying. 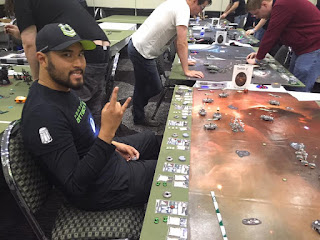 If you’re still interested check out some of the awesome bat reps online, there is an amazing series produced here in Aus that are well worth watching. This one has Admiral Akbar going up against Darth Vader and is a classic example of how amazing our game is. Hopefully you start thinking about what you want in your stocking this Christmas…  https://www.youtube.com/watch?v=DtBOJCVjLsE