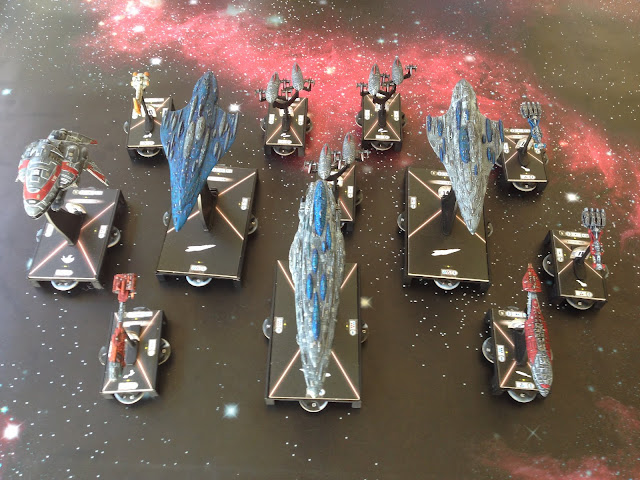 Continuing our look at all the Wave 7 awesomeness its time to break down the strengths and weaknesses of the Rebel ships. As always remember that the Australian meta might be radically different to where you are so my suggestions might not mesh with your experience, as always a guide is a guide and discussion is brilliant. 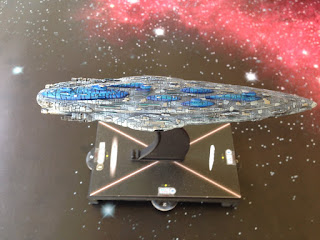 MC80 Mon Calamari Star Cruiser – Still the best home for Akbar that exists but always a tricky ship to include. By the time you pay for one, and some toys and Akbar you’re going to struggle to include enough activations to keep yourself getting taken out in one hit by BT Avenger or getting squadroned to death since you don’t have gunnery teams… Taking two of them seems to be a common enough option and works beautifully with a couple of GR75s and a minimal squad screen unless you’re in a seriously high squadron meta. Overall it’s a good ship but lacks flexibility, the new wave will be good for these guys too.

MC80 Liberty - Another solid capital ship but just like the Akbar Wagon above it has some clear weaknesses. Much like the ISDII, it can pump out solid dice, with solid speed and access to gunnery teams but also much like the ISD 2 it struggles with only generating medium damage, enough to kill a small ship like a Corvette in one shot but not enough to crack a whale or gladiator. The biggest problem is its awkward shield placings and real lack of manoeuvrability which have made it a subpar option overall compared to the absolute effectiveness of the ISD. I’m wondering if it will pair well with a MC75 ordinance frigate which may boost its value again. At the moment to me, it’s a middling option with too many weaknesses to offset its quite nice points value. 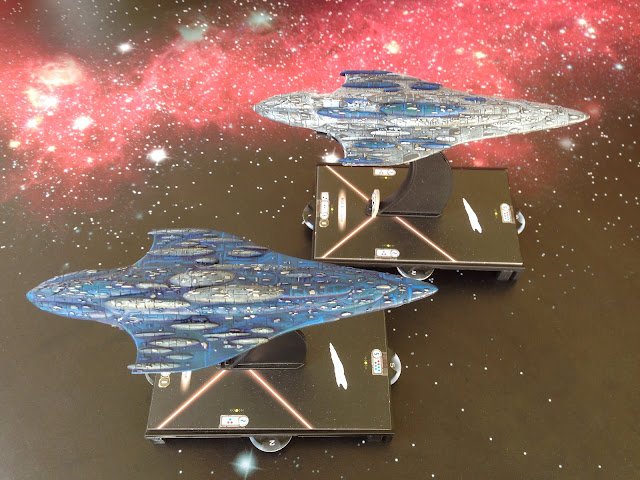 MC75 Cruiser - Not sure about you but I’m damn excited to get this new toy on the table. I think they are the best new ship that Rebels have access to and just combo so well. Some people have been talking about kitting them out like they are an ISD but my gut says to keep them cheapish, max out at 20pts of upgrades and you can easily fit a couple into your list or run multiple hitting ships. Akbar might have found a cheap flexible support for his traditional MC80 build and I think its pretty easy to mix one of these in with any of the other MC variants and not run out of activations or squadrons too quickly. Not to mention what shenanigans you can get up to with Profundity! 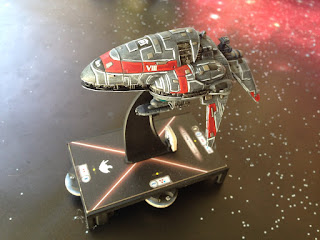 Assault Frigate Mark II - I remember how the whale used to be top of the tables in the early waves but these days it just doesn’t have the same value. The guns on this guy generally aren’t worth shooting, ISD’s laugh at you, Gozanti’s laugh at you, Demolisher laughs at you and the raiders and corvettes you used to love shooting at just aren’t that common anymore. With the current wave being all about boosting big ships I can’t see these guys coming back into flavour soon. Still not a bad carrier for your Reikan Aceholes but the biggest problem with this guy as a carrier is that BT Avenger will reliably one shot you off the board and if you’re spamming squadron activations you can’t do much to avoid that. These days I think your points are better invested in big ships.

Pelta Class Frigate -  This thing was junk when it was first released and its still junk now. It’s biggest problem has always been its speed and really ordinary dice pool. To fix these things you end up spending more points than its worth and become big ship bait. I applaud anyone who is persisting with this thing but to me whether you want a gunboat or a carrier there are just so many better options going.

Corellian Corvette - One of those rare ships that has beautifully survived power changes to the game overall. Realistically it’s either TRC Corvette A or Engine Techs Corvette B ramships but both versions are good sitting around the 50pt mark. The last couple of waves has seen their value diminish a bit because squadrons are so damn lethal right now and big ships are hard to take down with lots of little hits. 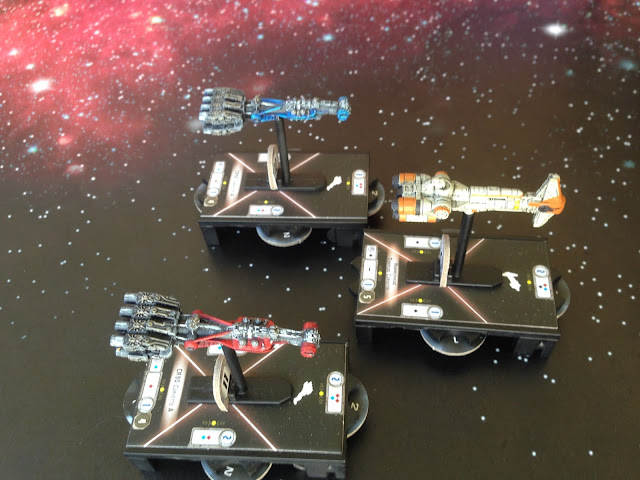 Hammerhead Corvette - Let’s face it, these guys are corvette light. Awesome in the movie and I’m probably not alone in hoping that they would have some sort of super ram effect or something cool. Instead, we got something that hits about as hard as a wet tissue and can be easily killed by pretty much anything. Cheaper than a standard Corvette sure but the points cut isn’t worth what you lose in utility. I know some peoples are exploring potential shenanigans with Profundity and Raddus so maybe we will see some more use out of these guys but by themselves, they just don’t cut the mustard. 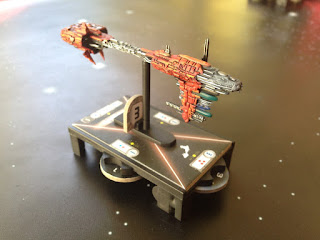 Nebulon B - Much like the Gladiator the value of the Neb is entirely dependent on its title. If its Yavaris it’s a great ship 5/5, salvation is more like 3/5 because the bonus damage potential doesn’t balance the obvious weaknesses of the Neb and without a title, it would be lucky to rate a 2/5 because your points are better invested anywhere else. 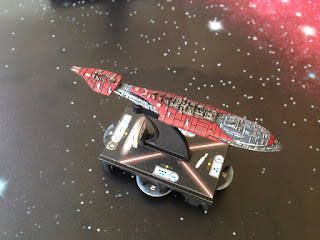 MC30c Frigate - Also similar to the Nebulon the value of an MC30 is largely impacted by the title you put on it. Titles are the best upgrades for an MC30 regardless of which version you are taking and both types of Frigate have their uses. If you are investing in the Scout Frigate you should consider an Akbar fleet or similar to maximise the red dice broadsides. If you were going the torpedo option it really depends how much you want to invest. H9s are fantastic in combo with APTs and combining missiles and lasers is one of the unique things that MC30s can do to balance the obvious strengths of it's imperial counterpart.  The scout varients also combo really well with Mothma so while it's hard to put a generic value on an MC30 I'd be putting it around the 3/5 category for a nice balanced ship with a significant change to that value depending on upgrades, titles, fleet build, admiral and bid. A tricky ship to use well, especially in the Maarek/Jendon meta.

Gr75 Transport - Though I don’t rate either version as highly as the Gozanti these guys as super cheap and fill lots of different roles so I still consider 2 to be about my minimum in any fleet. Add in Torryn Farr and Bright hope for a cheap super effective squad booster that’s surprisingly resilient. Their value is increased if you need cheap squadron pushers and ideally have a couple of VCX handy. 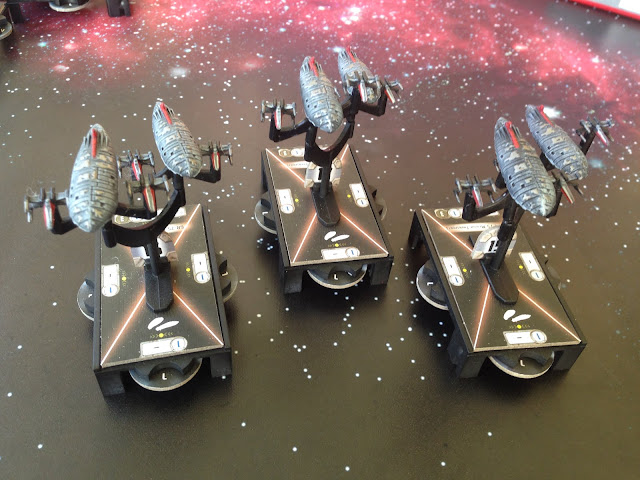 That's it for this batch, feel free to offer comments and feedback wherever you can, healthy discussion is fantastic for our game and If I've given you anything to think about that's fantastic. Check out some of these ships on the table in my game night AARs.